Watercolor by Tom G Carey And Away We Go Italy

Me, Space, Time, and Architecture

(Me, Space, Time, and Architecture)

Given my age, I suppose it is natural to look back more than forward. Forward seems to have a shorter shelf life.  I should tell you I am nearing the octogenarian stage of life.

With my career choice and education in architecture, I moved quickly into construction and development.  Construction projects required an early morning alarm. Usually 5am. Now in retirement early to bed and early to rise means bed around 8pm and getting up around 4 or 5am. This allows me to tell people I get up at the same time now as when I worked.  There is a lot less stress in those early hours. I no longer worry if cocreate trucks are going to show up. Finding that first cup of coffee at 4am while waiting for the sun to rise leaves plenty of time to think and reflect on life.

Therein lies the impetus to reenergize this blog.  Over a 4am coffee, I began to think of books I had read as an architectural student.  Out of nowhere which is how the brain works at my age came Space, Time, and Architecture by Sigfried Giedion. Ah! I said I can write a book defining life in terms of architecture.  I thought I could define the socio-economic and political impacts on architecture and the effects the built environment has on its occupants.

I have always been interested in technology.  Given my age, it may be hard to believe but I began my research on google, not at the public library.  I wanted to start in the 1940s, I was born in 1944.  I also wanted to start with the architecture of my childhood. So my first search was a history of Hoboken, NJ, and the development of the tenement apartment.  I found Hoboken's history has been very well documented and presented in a book published by the Hoboken Historical Museum.  The following information is paraphrased from that book. "Since 1932 the city has made notable strides in the manufacturing field. In the 1940 census, there were twenty schools with an enrollment of 12,322. One college (Stevens Institute of Technology). Twenty-six churches. One free public library. One hospital. The population was 49,833."

Housing that population would fall to the hands of the architects, builders, and landlords who would replace shanty towns with multifamily housing in the form of tenements. The typical tenement apartment developed in Hoboken was called a Dumbbell Plan.  I have shown examples of the plan and some photos of those tenements below.  Today many of those structures that survived demolition have found new life as expensive apartments and condominiums.
There were no bathrooms in the apartment the toilets were shared by the tenants on each floor. On the first floor, you came in the front door and entered a long hallway usually dimly lit that lead to a central stairway (tenements also known as walkups) our apartment was on the fourth floor.  Creaky stairwells poorly lit left a lasting impression on me.  When you reached your floor you walked down the hallway to enter your apartment directly into the kitchen.  You walked through the first bedroom my room to my parent's room.  Each room had a small window that opened to the courtyard which formed the signature feature of the dumbbell plan. One could almost reach out the kitchen window and touch the neighbor across the courtyard.  Clothing lines were pulled between kitchen windows across the courtyard and conversations flowed between kitchen windows as clothes were hand washed and hung to dry. 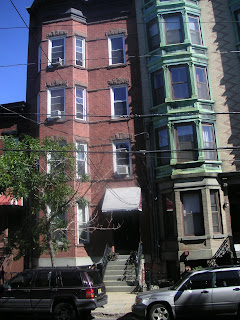 I lived in this Washington Ave. tenement when I was born in 1944 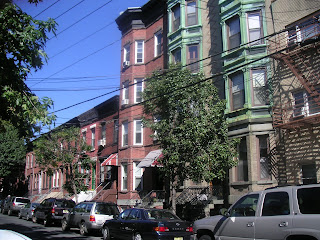 Washington Street has been preserved in a historic district
I had no concept or understanding that anyone lived in anything other than an apartment.  We bathed at the kitchen sink.  A trip to the toilet may require patience depending on whether the neighbor had gotten there first.  The toilet room was in the hallway on the wall above the toilet was a wooden water reservoir hanging from the reservoir was a small linked chain with a porcelain handle to flush the toilet. Strange how these little details remain so visible in my mind.
Entering the kitchen directly from the hallway was normal.  The kitchen had a gas stove, sink, and was furnished with a Formica and aluminum table and chairs.  The kitchen opened directly into the living room. My early memory of the living room was the flowered wallpaper a large cushioned chair and a sofa both covered with a floral print.  The only other furniture in the living room was a wood-standing radio.  The outside wall of the living room revealed a pair of double-hung windows that opened onto a firescape that hung from the building façade. The façade of Willow Ave. above has not changed from that of my childhood with one exception the wood windows have been replaced with metal framed windows.
This is the first of a series of  Me, Space, Time, and Architecture posts.  I hope you enjoy the journey.
Posted by Tom G Carey at 1:49 PM No comments:

After 37 years my daughter Tanya and I found each other.  We began to communicate by phone, email and text.  Through the dyslexic ramblings in my blog posts she saw a search for change and Forgiveness.  After several months we would meet for the first time in 3 decades.

Photos of our first time together. 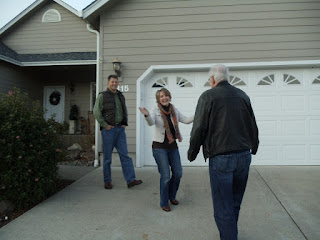 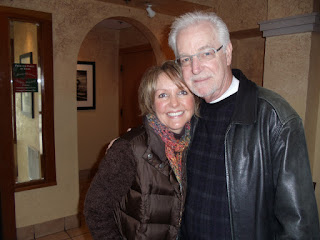 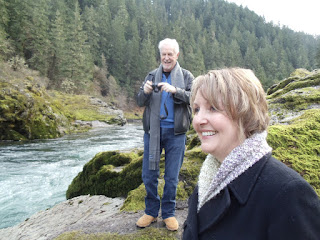 To understand how we made this happen. Read our book.
click on the link
A Bridge to Forgiveness

The Journey to forgiveness for my daughter Tanya and I started with honesty, trust and faith. As we began our communications through emails and telephone communications we shared some of our missed 37 years.  I began by sending baby photos of Tanya that she had never seen. 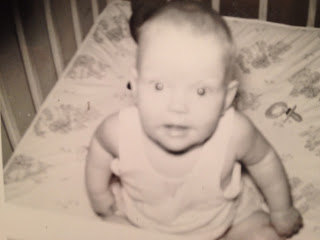 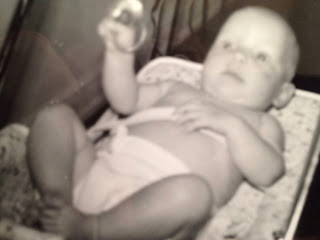 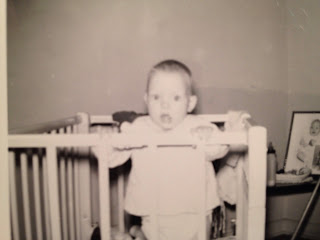 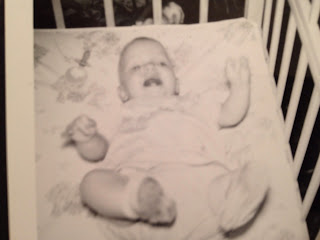 To learn more about our journey click and read
A Bridge to Forgiveness
Posted by Tom G Carey at 8:19 AM No comments:

How my daughter and I started to reconnect after 37 years.
After our first phone call we continued to talk, email and share who we had become.  This included sharing family photos.

I first saw my new family in a collage and in a photo of my three granddaughters. 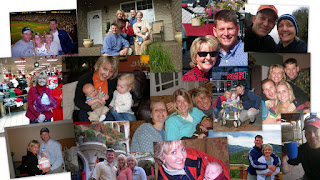 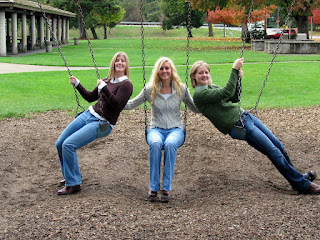 To learn more of how we reconnected and why we wrote A Bridge to  Forgiveness click and read our book.

A Bridge to Forgiveness is about a father and daughter reunited after 37 years.
On our journey the photo and sketch of the bridge that crosses the Rouge River at Grants Pass became part of our story. 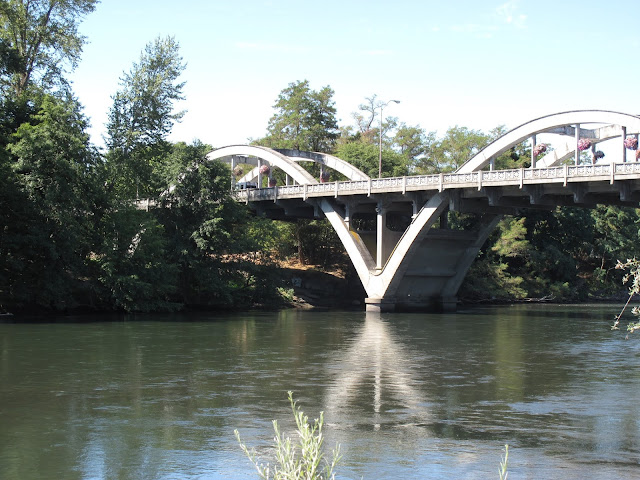 Tanya and I visited Grants Pass and this bridge in 2014 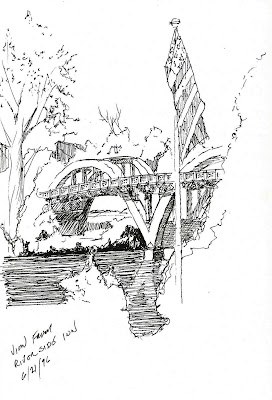 I drew this sketch in 1996 eighteen years before Tanya and I would visit this bridge on our journey to forgiveness.

Click on
A Bridge to Forgiveness
and read our story

Now that "A Bridge to Forgiveness" is published I thought it would be interesting to share some photos and stories of my daughter Tanya's and my journey.

Our link for A Bridge to Forgiveness 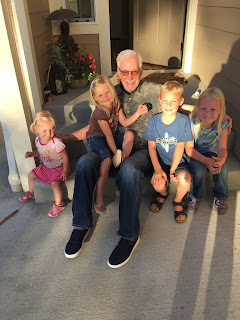 Great Grandpa with Lilly, Judah, Clara, and Abigale on a recent trip to visit Tanya.

It has been a while sense my last post.  I have saved this blog for posts relating to the books I have been working on.


After three years of work "A Bridge to Forgiveness" has been published.  This book is co-written with my daughter.  We had not seen each other in over 30 years, but Faith, Forgiveness and the internet ended all that.

The four people who made this book possible. 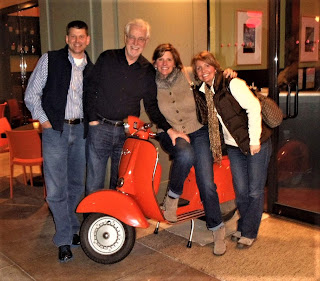 Other Places to visit